The thistle is the national flower of Scotland.  The legend is that the Vikings tried to attack the Scots one night while they were sleeping.  But the Scots could hear the flowers ” screaming” in their dreams.  They woke up and prepared for the Viking attack.  I bought some thistles before getting on the train for Glasgow.  Now, I’m zooming though the Scottish Highlands with my thistle bouquet sitting next to me.  Pretty aren’t they? 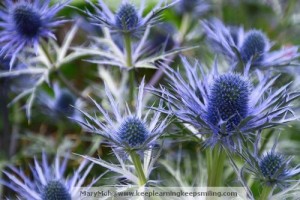 One thought on “National Pride”