I’m sorry these next two posts are so late.  I’ve been crazy busy getting ready for the Jewish High Holidays and for my trip to South Carolina to see my friend get married.  But with all my activities, I have lots to say.  Bea’s birthday falls on a Wednesday so, the next post will fall later in order that I might acknowledge her 17th birthday.  Look for it on October 11, 2017.

Every year at this time, the Jewish High Holidays roll around.  This is our third go’round with it on the Sketchy Scribe. I’ve explained the Jewish High Holidays, I’ve prayed, I’ve apologized, I’ve forgiven, I’ve performed good deeds and I’ve given charity.  What else is there? I guess I can apologize for not being the being able to clear the air with “the parents.”  I do wish I could have spared you both all this pain.  For that I’ve gotta day…

Oddly enough, this has been  the easiest High Holidays that I’ve had in years.  I fasted (most of the time).  Being “pre diabetic” I decided it might be best to eat a little something midway through the fast.  I had sliced turkey and asparagus and LOTS of water.  So, I was healthy in my breaking the fast tradition.

Also, I did not agonise over the situation with “the parents.” I snail mailed, and I called twice this year.  They absolutely REFUSE to talk to me. And I don’t think chasing them down is going to help the situation.  So – I’m off the hook.

Because, according to Jewish law, once you’ve asked for forgiveness THREE times, God understands that you’ve tried your best.  The other party is being petty and self righteous.  You’ve tried to make things right and God “gets it.”  You can move on and not be concerned that your life or the coming year will be affected by the other party’s lack of empathy or ability to forgive.

I will apologize to you both – again for not speaking to The parents sooner. My reasoning for this was that I was afraid I’d say something to make things worse.  I was operating from wisdom along this line… 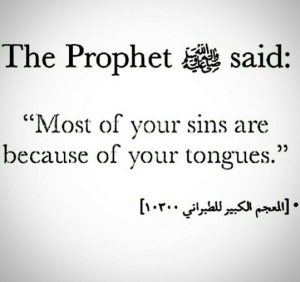 I guess I thought that if the parents had some time to think about how they chose to respond to this, they’d realize how much we’ve (Grandma, Grandpa and I) tried to help in the past and not carry this out this far.  As far as I’m concerned, loving isn’t a contest.  There is enough love for everyone.  Loving us doesn’t mean you don’t love them.

But it seems that you were both right, my sweet sisters.  You used to complain that Lee was unfair in her seeing who was REALLY at fault in things.  The world goes according to Lee.  Well, not out here, it doesn’t.  She is just another person, like everyone else.  And she is wrong in how she has handled this situation.  I’m going to say it here – if no where else… Taking you both away from both Grandmothers, both aunts, your uncle, your cousins, your brother is WRONG! WRONG! WRONG!

Strangely enough though, I forgive her for her choices.  I know she is acting from a very insecure place.  And as you both go out into the world, you will see – hopefully- that people as insecure as she is are few and far between.  They exist, of course.  But there are also so many people with warm and loving hearts who would rather talk productively and move on from a conflict than hold onto resentment and bitterness.  It takes a strong person to forgive.

Please my sweet scribes, be open to the idea of forgiveness,  You forgive because it helps you.  If you don’t you’ll hold a lot of ugliness in your heart that will twist you into the worst version of yourself.  Your dreams will not come true because you are in a dark place.

Maybe Tyler Perry can say it better.  He’s one of my favorite actor/directors.  Here he is on Dr. Phil talking about his Madea movies and the messages he weaves into them.  This movie is Madea Goes to Jail.  He talks about the power of forgiveness in his life and how leaving the negativity behind helped him move on to be a successful producer, director, and actor in the movie making business.

Yes, that’s true.  That’s one of the reasons you need a connection to a higher power.  You need different fuel than negativity.  I don’t care what God/Goddess you pray too as long as they push you to be positive.

And there is GREAT news… big brother has a job!  He’s working in a warehouse down below!  He’s so glad.  He’s not hanging out much at home either.  We haven’t had a spat.  We promised we’d NEVER give each other the “silent treatment.”  No, he’s found a mentor named James that is helping him “man up” a little bit.  There is only so much your dear Prudence Scattergoode can do – as you know.  Apparently this guy James had a stroke a few weeks ago and your big brother was the very cool head that saved the situation.  James was SO appreciative that Kris has been crashing over there ever since.  My house is basically his storage unit.  And since I’ve kept stuff at Grandma’s house for literally decades, I have NO right to complain.

But I’m happy for him.  He seems in brighter spirits.

I think this year is going to be a fantastic year! And I hope you both are feeling excited about it too!.