“It’s important that Dr. Franklin doesn’t come up here.  If he finds this computer, I’ll NEVER get it back,” remarked Prudence.

“Because I missed you both SO much!  These adventures are fun, but not getting to see you is REALLY maddening!  And – I wanted your big sister to see something very important.  In the meantime, we work for Dr. Benjamin Franklin in his printing house and at the Town Hall.  We are scullery maids,” explained Prudence.

“So we clean stuff. We can do that!” said Purity.

They all decided to go to bed and talk in the morning.  They had to share a rather small bed, but it was nice to hang onto Prudence as she slept next to them – each girl on either side.

The next morning, the girls got up and put on their colonial garb. 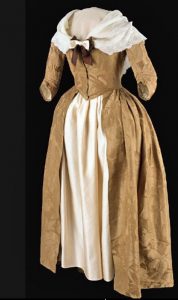 Prudence was very emphatic that they not reveal the future to anyone.  If they did, they might drastically change the course of future events.

The streets of Philadelphia were a bustle with excitement.  No matter where the girls went, they heard conversations about how unfairly the people were being treated by the British: stamp taxes, playing card taxes, tea tax…it all seemed so messed up.

They dodged into a tavern to get some breakfast.  They sat in a booth away from as many people as possible so they could adjust to their new surroundings.  It was so rustic.  Bea had already tried to get her cell phone to work.

They ate the eggs, milk and bread brought to them in silence.  Purity wondered what Prudence wanted her to see so badly.

Next, they took a walk to the town hall where they were to start work.  Groups of men were standing around waiting for the discussions to begin.  The girls sat under a tree and watched as an eccentric, yet familiar fellow made a dramatic entrance…

“Is that Benjamin Franklin?” asked Bea.

“Yes, it is,” replied Prudence.

“He sure knows how to make an entrance,” said Purity.

Purity remembered some of what she’d read about the old gentleman.  He ran away from home when he was young because his older brother was very abusive towards him.  Ben ran away and got right on a boat that sailed for Great Britain.

It was hard to believe, watching this man that he had, at one time, been the victim of physical and emotional abuse.  He seemed to just take charge of whatever situation he was in. He refused to give in.  Was that his secret? Purity wondered.