After feeding the giraffe’s for a second morning in a row, the girls went up to their rooms to start packing.  On each of their beds stood an edible easter basket made out of all their favorite candies and treats.  Purity had a few bath items in her basket and Bea had enough lip balm to last her the next hundred years! 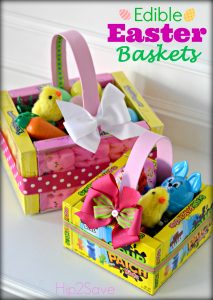 “Thank you!” They both said to Prudence.

“Kris helped me with them,” said Prudence. So Kris got a kiss from each of them too.

They got on their safari clothes and put them into their white pick up truck.

As they flew across the continent of Africa, Purity realized this was the last day of their safari.  She held her oldest sister tight and forced a lump down her throat.

“Yes, I’m so excited for you,” said Prudence.

“I don’t think you’ll be able to be there,” said Purity.  A tear had gotten caught in her eye.  “There are only so many tickets available.  And I’ll need to be sure Kris gets to go.”

“Of course,” said Prudence.  “Blood family has first dibs.  But don’t you worry, sweet gal!  I’ll be there!  If I have to rent a hot air balloon to see it.  In fact, I already have a possible ticket in.  You just get Kris in.  I’ll take care of me!”  They hugged each other so tightly.  Purity knew Prudence would do everything in her power to make being at the graduation a reality.  “And…we’ll have a BIG party afterwards.  Probably on the weekend. After grad night. In fact, THAT will be the center of our next story. We will have a graduation party story!”

Once the four siblings got to Bwindi Impenetrable National Park in Uganda, they hired porters to carry their belongings into the jungle.  They had a LONG hike ahead of them and they would need their strength to walk in and OUT of the jungle.  Their guide also gave them several pointers in dealing with mountain gorillas…

“If a mountain gorilla comes near you, crouch down into a sitting position.  Do NOT look it in the eye – especially the silverback gorillas!” emphasized the guide.  “They will take this as a sign of hostility and become more aggressive.”

“Life is dangerous, sweet Bea,” said Prudence caressing her youngest sister’s face. “You can cross the street and get killed.  You must learn to face your fear. Today, you will face your fear AND overcome it.

They started their walk into the Ugandan jungle forest…

Later in the afternoon, a silverback mountain gorilla got a bit anxious.  All of the travelers, including the four siblings got way down and waited for the tense moment to pass.

“I’m exhausted!” said Purity as they continued walking.  The sun was starting to set.

The sun did set.  And the girls kept walking…walking… back to the white pick up truck.

“Look at that sunset!” said Kris.  All at once, Purity and Bea turned around to see what he was talking about…

“…Miss Scattergoode!  Can you go get more carts?” asked the store manager.

Purity had been at the store the whole time.  She knew, when she got home, that Bea would be in bed.  The next morning though, Bea would regale her with stories: dreams of seeing Prudence and Kris and Africa, incredibly… beautiful… Africa.

Purity walked out of the store to retrieve carts from the parking lot.

Later, as she sat playing on her phone during her break, she heard this song begin over the loudspeakers.

“I know it’s the magic,” whispered Purity.  She knew that everything that she remembered from the last few days was REAL.  She had learned – from Prudence – that REAL is what’s happening in the imagination.  “This 1% world has just so much of me, but the other 99% is where I live with ALL the people I love.”  She listened as Sir Elton John finished his first refrain of his song, “Can You Feel the Love Tonight…”