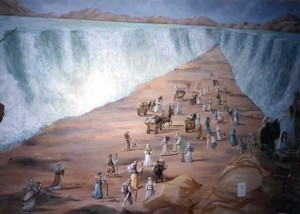 We are coming into the season of the holy Passover. Jesus celebrated this festival in his last supper among his disciples. He understood it’s significance.

But what is the Passover festival?

It is a meal in which the Israelites (known now as the Jewish people) put lambs blood over their doors in ancient Egypt to keep the final plague on Egypt from descending on the homes of the Jews.

The final plague: the killing of the first born, devastated the Egyptian population. The Egyptians, seeing God’s great power let the Israelites go.

Take away message: Trust in God. Do what YOU can do, leave the rest to God!