I’ve taken to watching the tv show Alias on Netflix.  There are five seasons available to stream. It’s about a gal who discovers she is being used by an undercover spy organization called SD-6.  She is a spy herself,so she goes to the CIA and becomes a double-agent with the CIA and SD-6. She’s pretty amazing: she’s a kick boxer, smart as a whip and beautiful. Both her parents are spies too. 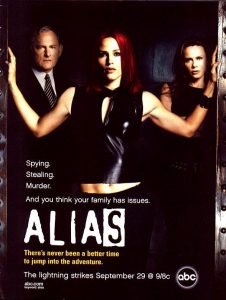 Anyway, during the show, this beautiful song played and I immediately thought of you both.  It’s another lullaby.  I can’t help it.  I see you both as the little girls you were: 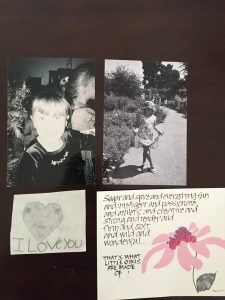 So, here’s the song.  It’s called Slumber, My Darling and it is sung by Alison Krauss. I know I’m not your mother. Maybe your “spirit mother.”  The next time you need to be a little girl, for a few minutes…the next time you need me to tuck you in and kiss you good night, play this.  Angels ARE watching you from above.  Of that, I have no doubt.